The Mayan route: Uxmal and Calakmul 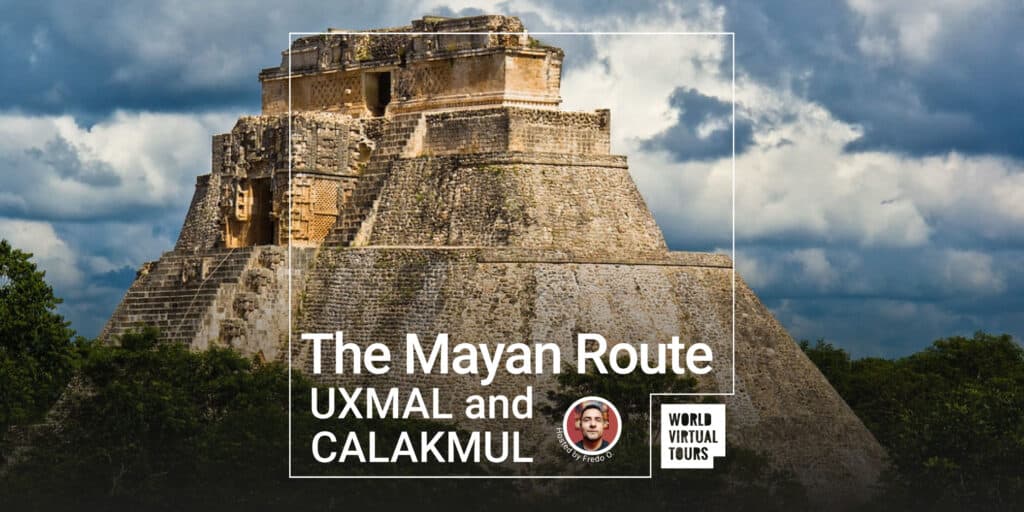 In this second part of the journey through the jungles of southern Mexico along the Mayan route we will be in two of the most spectacular and representative Mayan cities of the classic period. The rise of the Mayan culture is represented in each of the buildings and squares through which we are going to pass. These archaeological zones are connected in time and proximity and, although they represent a clear sample of the Mayan world, also the differences between each of them will lead us to understand the complexity of this ancient culture and the universe itself that it represents.

We will start in the archaeological site of Calakmul, in the state of Campeche. There we will explore monumental Mayan buildings that stand out from the middle of the jungle in the flat lands of the south of the Yucatan peninsula, revealing impressive panoramic views. In Calakmul we will be able to observe examples of the Mayan steles that have resisted the passing of the centuries as a record of the way of life of the societies of those times. We will learn about the wars of this city with the powerful Tikal, another iconic city of the Mayan world.

As the second point of the tour, we will visit Uxmal, the jewel of the architectural style developed in the Puuc area. There we will have a walk through squares and corridors in the middle of the hills of the north of the peninsula. The architectural ensembles that mark this city built more than 1,400 years ago are a sample of the masterpieces of Mayan urbanism and key to understanding the ceremonial symbolism of this ancient civilization. Uxmal is one of the most important archaeological sites and is crowned by the beautiful Temple of the Magician, a building from which we can appreciate the entire city.

Special and unique places in the world, Uxmal and Calakmul will give us more information about the Mayan vestiges that we can still visit and will lead us to better understand the greatness of this mythical civilization, as well as to have more clues about the fall and abandonment of these big cities. OAXACA: Past and Present of an Indigenous Nation